Catch it before it disappears

We would see all the beauty this place has to offer if only we weren’t so busy fighting each other.

Soon it will be too late and the fighting will have been in vain.

Once we were distant and we were tough with each other. Now I am the closest to you. 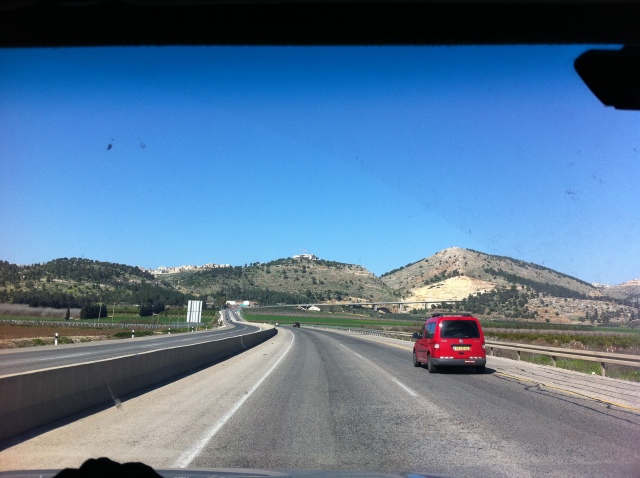 The hills of Nazareth.

And you are no longer here.

A few days ago I wished my sister a happy birthday from the cemetery. The strong Upper Nazareth wind kept blowing my tears away. Perched on a cliff overlooking the Jezreel Valley, the beautiful cemetery was always a place of sadness, but more importantly of belonging, for me. To visit that cemetery was to revisit memories and stories of my grandparents, of their immigration to Israel, of the beautiful beginnings of the State of Israel, of my mother’s childhood, of friends who became like family. About eight months ago, this feeling of belonging became ever-piercing as my father was buried in the cemetery. There, where my history has been etched into the ground and into gravestones, I sat thinking about September.

September, the month of contradictions but not coincidences. For in September, we will celebrate the Jewish new year, the prospect of new beginnings, while we cry about all that has ended. We will celebrate my sister’s birthday and my mother’s birthday, a celebration of family and togetherness and growing older together, while we cry about how that togetherness is incomplete and about how some birthdays end long-before old age. We will celebrate the first anniversary of my return to Israel, of many more years to come living out a long-awaited dream, while we cry on the day of my parents’ wedding anniversary and about how some anniversaries we will now have together only in our dreams.

A few days ago, I called to wish my sister a happy birthday from the cemetery. It was September 10, one day before my parents’ wedding anniversary and before the 10th anniversary of the 9/11 attacks. My sister was in New York, watching TV broadcasts of the city preparing to host its special events at ground zero in memory of all those lives lost on that fateful day in September. Our phone conversation was brief, as everything we needed to say, all of our pain, was expressed in our silence.

I lit a candle for my father and put a rock on his grave.

And so September comes.